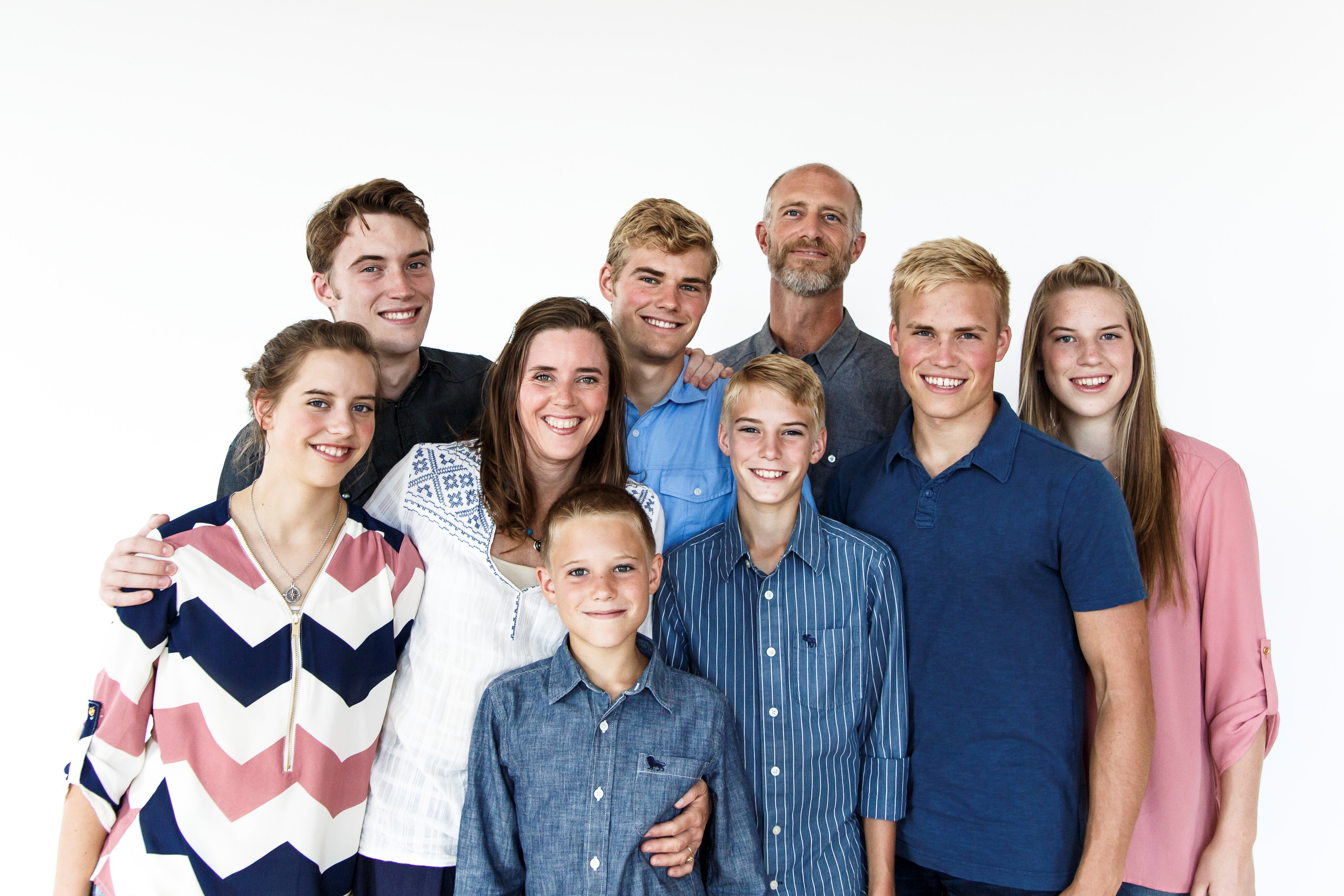 Brian and Maris Russell did not set out to have seven children, or to form a family band, or to make a living from a 30-acre patch of land northeast of Guthrie. But one thing led to another and now the homesteading family makes up the Celtic band RussellClan.

And although the band in many ways defines them, it’s not nearly all they do. They raise chickens, have 13 head of Bavarian Fleckvieh cattle and tend the nearly 4,000 fruit and nut trees. There’s also a recording studio, a photography business and a new tiny house construction venture. And then there’s the kitchen where Adelyn, 15, turns out the peanut butter balls her brothers say give them the energy to keep it all going.

It’s a lifestyle that allows the family to work, play, worship and make music together. From 23-year-old novelist and private music teacher Braden to the 10-year-old mechanically-minded Stephen, all the Russell offspring love to learn and develop their talents.

But perhaps what they most enjoy is encouraging one another.

“Seth is our glue,” Blaine, 21, said of his 19-year-old brother’s artistic management of their musical troupe, which performs in churches, enters youth competitions at the Guthrie International Bluegrass Festival and at Silver Dollar City and appears at Celtic festivals across the region.

John, 13, praises his parents for one of the house rules.

“We have to do the work to make money,” he said. “It’s made me more business-like.”

He takes care of 25 chickens and wants to expand his egg-sales business. His grandparents were his first customers. 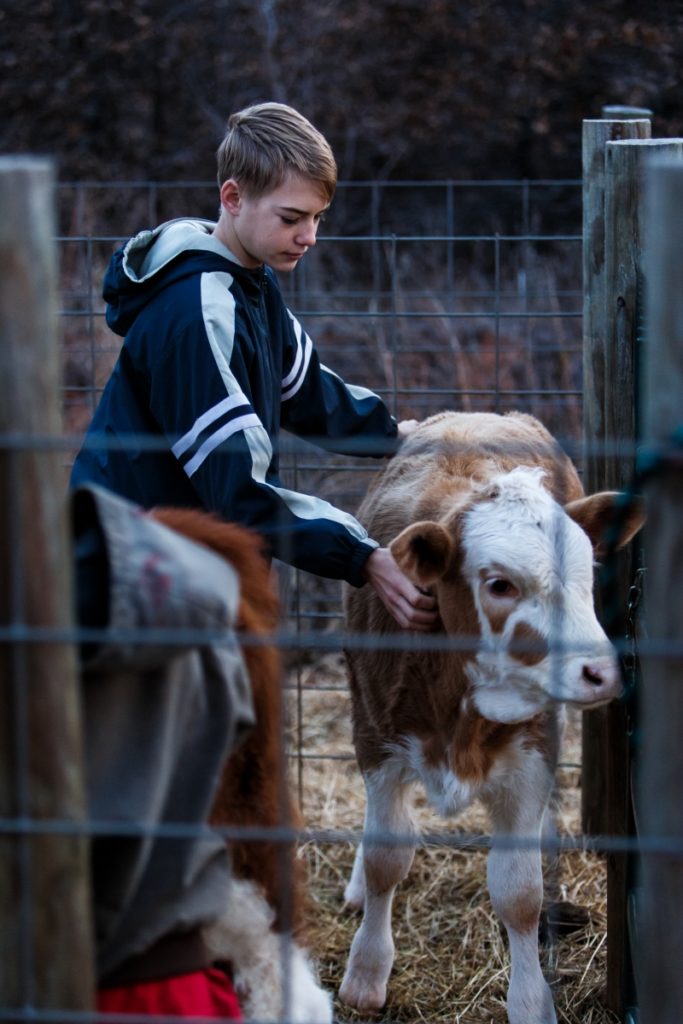 Adelyn lists doing things with her sister Sadie, who is 17, as one of her favorite pastimes.

Sadie and Adelyn perform Irish step dance during their concerts and both play several instruments.

All the kids studied violin early on as part of the homeschooling curriculum overseen by their mother. Braden was 4 when he started his classical training.

“We saw the benefit of the violin for the discipline and the ear training,” Maris said. “It’s good for the brain, for overall learning and for hand-eye coordination.”

Once they reached a certain proficiency on the violin, the kids were allowed to start adding other instruments. They chose guitar, cello, banjo, mandolin, ukulele, keyboards, percussion and Irish whistle. Owner of Guthrie’s famous Double Stop Fiddle Shop Bryon Berline and other musicians in and around town provided encouragement, lessons and good deals on instrument purchases.

Their first performance was at a homeschool talent show, when Braden was about 11. The kids were encouraged and accompanied by Brian, who as a college student had sold his saxophone to buy his first guitar and taught himself to play it.

They were known at first as the Russell Family. Then they attended an Irish festival in Stillwater, where Maris’ parents lived and spotted a booth advertising an Irish music retreat in Texas. They went, they loved it and their study of Irish music was launched. Eventually they were invited to perform at the North Texas Irish Festival in Dallas.

Their concerts remain eclectic and include the Western swing they studied with scholarship money from the Guthrie Bluegrass Festival. Christian music is important to them, and they have made friends from across the country while performing in churches and at family band festivals.

This year they are one of three family bands set to perform at the free Family Band Fest, scheduled for April 27-29 at God’s House Ministries, 624 W. Warner Ave. in Guthrie.

The festival will feature concerts, workshops and an open talent show and will conclude with a Sunday morning worship service. Activities such as volleyball will be offered and kids who play instruments but are not members of bands are invited to jam with other musicians.

“A special bond is created when people sync their hearts and minds in the togetherness of music,” said Wayne Murphey, pastor of God’s House Ministries. “This is no better demonstrated than in family bands, where a special closeness is created as family members harmonize with vocals and musical instruments.”

The first Family Band Fest was held in April 2016, Murphey said, and “family bands from across Oklahoma attended, and their response let us know that what we were doing was a boost to what they were trying to accomplish in their families.”

The workshops, Murphey said, will include instruction in fiddle, guitar, tin whistle, banjo and Irish dance. Lunch and dinner will be served Saturday in exchange for a freewill offering.

The workshop components of family band festivals are familiar territory for the Russells, who have studied everything from permaculture to how to make American music “sound Irish” in such settings. Brian and a couple of his sons have a remodeling business that often means long daily drives, so their goal in acquiring knowledge and skills is to eventually earn their living on the farm. The 220-square-foot tiny house they designed and are building on a trailer is one such venture.

But if Stephen, the baby of the family, has anything to do with it, quality of life will remain the primary purpose of their rural acreage. 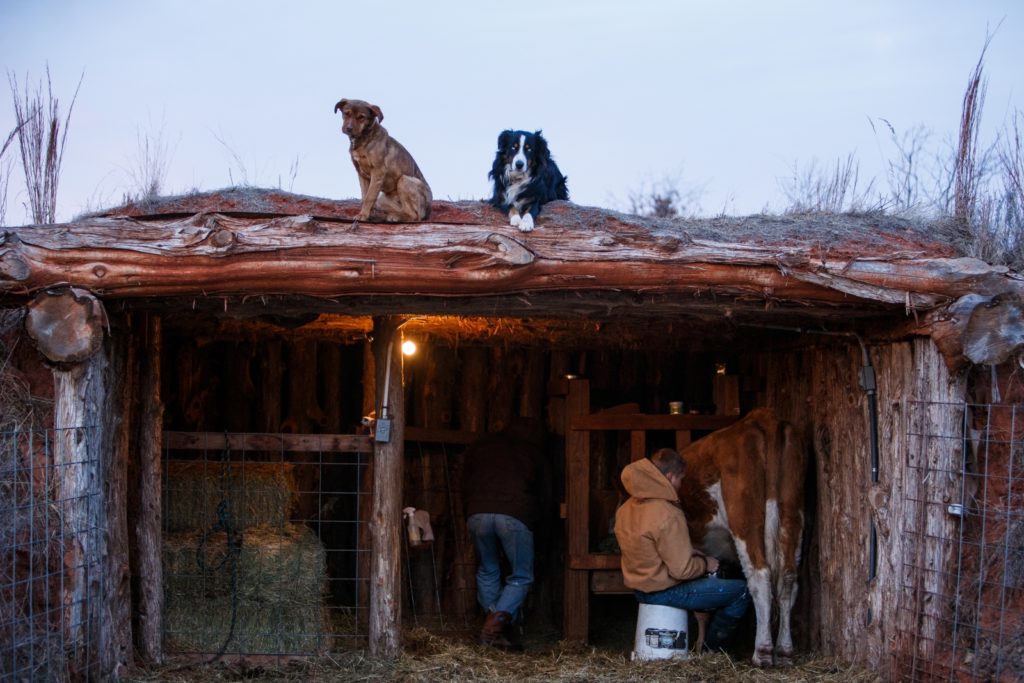 “My favorite thing is to be able to be out in the country without a tiny little backyard,” he said.

He rides his bicycle, plays in the sandbox, climbs trees and practices his archery, he said.

“And I like being able to play music with my family,” he said. “I like singing the best.”

And that leaves an opening for another compliment from a sibling.

“He’s always been our loudest singer,” Blaine said. “He has no stage fright.”

$10 per person or $25 per family registration fees cover the entire fest from Friday through Sunday. The Saturday evening concert is open to the public and free of charge.

For more information go to FamilyBandFest.com.

To see a list of the RussellClan’s upcoming performances, go to www.ourrussellclan.com.