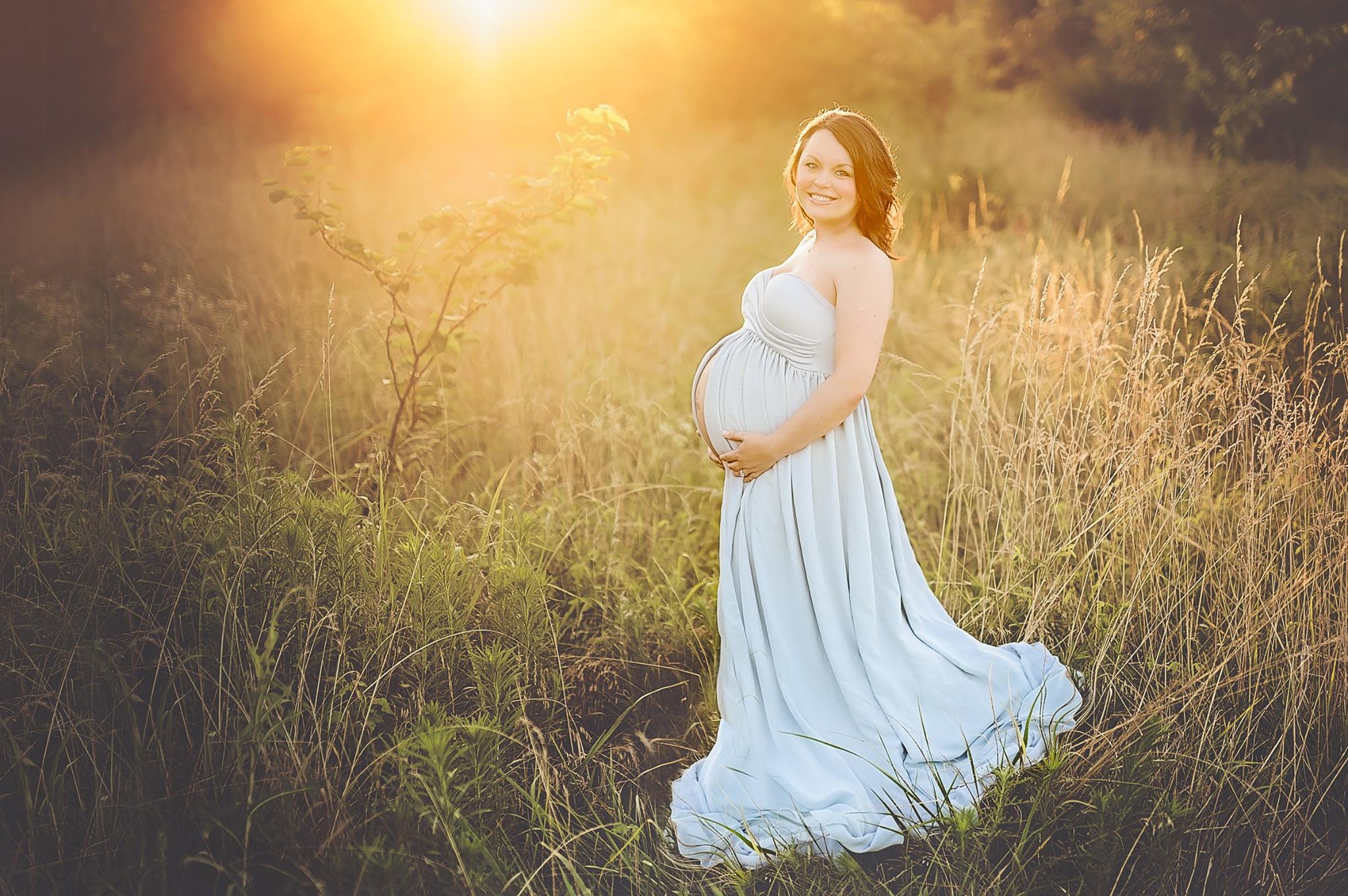 It wasn’t that long ago I found myself a statistic of infertility. For three years I let this nightmare make me feel less of a woman and wife. Unlike many women who battle infertility, I knew the culprit behind my issues. In 2001, at age 20, I was given 10 days to live. I had just finished my first year of college and was diagnosed with Non-Hodgkin Lymphoblastic Lymphoma. After rounds of chemotherapy, experimental treatment and maintenance chemo pills, life returned to normal by 2004, aside from the suppressed immune system and constant oncology check-ups.

I survived. I also graduated college, which felt monumental considering I was frail, just 80 pounds, and barely able to walk across campus at the University of Central Oklahoma in Edmond. I was 26 when my oncologist and I discussed how chemotherapy would affect my ability to get pregnant. Because chemo dramatically ages the body’s insides, after 32 it would be nearly impossible for me to get pregnant. 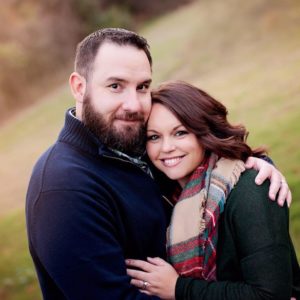 My now-husband, Casey, and I met shortly after this conversation. My constant thoughts were “we better hurry this up, get married and have kids before it’s too late.” Four years later we said “I do” and sought an infertility doctor in Oklahoma City.

Pain in the process

After a three-month wait, we discussed our options with Dr. Eli Reshef at Bennett Fertility Center at Integris Hospital. Casey’s and my initial check-ups and panels were normal. I started medication, followed by Intrauterine Insemination (IUI), allowing the sperm to be injected directly into my ovaries.

We did five IUI’s, all failures. Each month, we lost more hope and spent more money. Though we have good insurance, none of it supported infertility treatment, and the $500 for each IUI strained our savings accounts while elevating the pressure in our journey to get pregnant.

I researched grants and opportunities to help fund treatment for cancer survivors. We considered moving to Texas, one of 13 states (at that time) that allowed coverage of infertility treatment. I considered switching jobs to a company that offered infertility treatment support in its benefits package. We switched physicians to Dr. Karl Hansen at OU Medical Center and experienced three more failed IUI’s.

We were running out of time, and emotions ran high. Instead of creating intimacy in our relationship, we were being told when to have sex, and I was so obsessed with following all the rules that none of it was fun anymore. We were exhausted, and it created frustration in our marriage.

We decided to launch a blog in hopes of connecting with others on a similar journey, maybe even another cancer survivor, or one day inspiring someone else. The Drunk Stork was unveiled in December 2013, and the outpouring of messages we received about being open on a topic that often goes unshared was astonishing, with many having experienced the same things.

Thanks to the blog, a high school friend informed us of a Dallas IVF clinic considerably cheaper than OKC. She was a success story and spent hours talking me through the process. While we wanted to pursue this option, a $12,000 procedure was daunting when we had just spent nearly $8,000 in other treatments. We started a youcaring.com campaign, raising nearly $8,500 in three weeks. Our friends, family and even strangers all wanted this for us as much as we did.

We began our treatment at IVFMD three hours away. The process, shots and medications were consuming and overwhelming. We made trips to Dallas every other day until my treatment was canceled shortly after starting, even though we’d paid for the medicine and treatment, because my eggs weren’t responding as planned. That trip back to OKC was the longest drive ever. We felt so defeated. And we were mad. Why didn’t God want this for us? Why do we see friends easily getting pregnant, or some accidentally getting pregnant, while we’re struggling so badly?

Not long after, in February 2014, I got a call from a friend from grade school. Her sister was pregnant, and she joked maybe we could adopt the baby. Being adopted myself, it seemed like a great idea, but Casey and I were saving for one more try of IVF, not ready to give up yet. The day Dr. Reshef did the procedure he looked at me and said, “It’s going to be a miracle if this works.”

Casey got the call on Friday, Sept. 12, that it was unsuccessful and then had to break the news to me. I cried. I was mad. I felt so defeated again, knowing it was our last shot.

That afternoon we made plans with my friend’s sister to discuss adopting her baby. On Sunday, she made our dreams come true by agreeing for us to adopt. The following Thursday we attended her first ultrasound and discovered we were having a boy. It was the most emotional week of my life.

In the weeks ahead, we began the legal adoption process. We kept it quiet until things were progressing and then announced the big news with photos of us and the ultrasound on our blog and social media. Everyone who followed our story was so happy for us.

In January 2015, I mentioned to Casey that since our IVF I hadn’t started my period. He suggested a pregnancy test. I laughed, but took one anyway. It was negative. The next morning I woke at 4:30 and decided to take another test (having read countless pregnancy forums recommending testing first thing in the morning). For the first time in my life I saw a positive sign.

Casey and I were speechless. We didn’t track ovulation or take meds, but we stared at a positive pregnancy test elated and in shock. We decided to keep the news to ourselves because we didn’t want to jeopardize our chances of adopting.

The following day our birth mom went in to labor. Fisher was almost here, two weeks early. Nothing prepared me for that moment when we walked in and were handed our baby boy. We were finally parents! We’re forever grateful for his birth mom’s selfless act to give us life.

Our attorneys arranged a room for us to stay in the hospital with Fisher for three days, and I was able to sneak over to my OBGYN for a blood test. The day we were to be released from the hospital I got the call: “Hi Tabitha. Your blood test confirmed you’re pregnant.”

Laying in the hospital bed with Fisher, I cried as I listened to words I’d never heard, plans we never expected. It was surreal. We told our parents that night and had an ultrasound the following week confirming we were 10 weeks pregnant!

Trusting in the plan 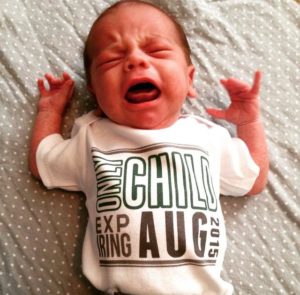 We made the big announcement through our blog on Valentine’s Day 2015. Everyone was in shock, rightfully so; we still were, too.

Through our entire journey, my optimistic husband kept saying, “We don’t know what God’s plan is, but we have to trust in the plan.” How right he was.

It wasn’t easy being pregnant with a newborn. I was tired, I was carting around a baby carrier with a giant belly, but I thanked God every day for the things that felt hard.

In June, we finalized Fisher’s adoption surrounded by family, and Asher arrived in August. We learned how to manage with kids seven months apart. We’ve been around Fisher’s birth mom and half-brother several times. I want them to be part of his life. Having gone through pregnancy now myself, I know what his birth mom really did for us. I can’t imagine it, but I thank God for her and her choice.

Adoption was the best blessing that’s happened to us, while pregnancy is the biggest miracle God has provided. Our boys are best friends. I survived infertility. I survived my 10-days-to-live sentence. I defied all the doctor timelines thrown against me. And I never gave up. 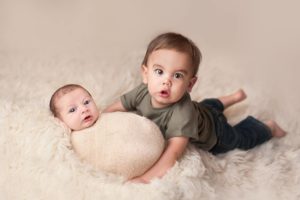 If I’ve learned anything in this journey, it’s that I wasn’t alone. Being vocal about our experience isn’t for everyone, but if I have helped one person in their battle with infertility, I accomplished what I intended. I strive to be that voice my husband instilled in me, helping others on this same journey know that even if the plan is different than they first hoped, there is a plan and it will be worth waiting for. 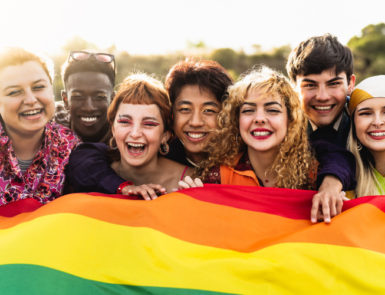 Talking to Kids about Gender Diversity