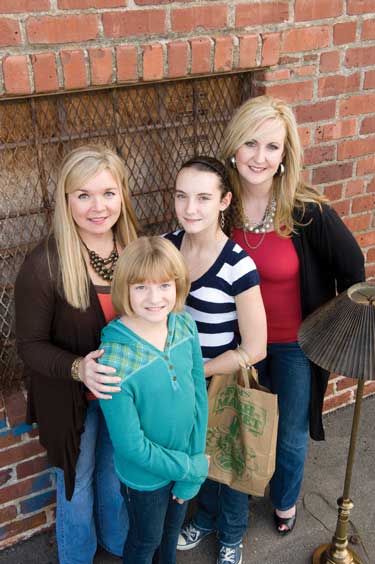 Among the favorite things listed on Carrie Corbin’s Facebook page, there is a quote from author Dr. Leo Buscaglia:

“Too often we underestimate the power of a touch, a smile, a kind word, a listening ear, an honest compliment, or the smallest act of caring, all of which have the potential to turn a life around.”

When the Oklahoma City mom set up her Facebook profile, little did she know how true those words would become for her and fellow mom Lori Wagner Ford following the tornado that hit the Oklahoma City metro area on Monday, May 10, 2010.

Tornado relief was all too familiar to Corbin, who had survived the May 3, 1999 tornado with nothing but her car and the clothes on her back. Her now teenage daughter was just a toddler when the tornado hit, leaving the family without a home and with few belongings.

“Helping out those who had been affected [by the 2010 tornado] was kind of a pay-it-forward type of thing,” Corbin explained. “For me, it was so important to be able to give back to people who were in the same situation I had been in before.” For Edmond’s Lori Ford, getting involved with tornado relief following the May 10th tornado was just a natural reaction to the real-time news she was seeing on social media. When the mother of three saw tweets about an acquaintance that had lost everything when the tornado passed south of Norman, she felt compelled to help. As a professional marketing, event and social media consultant, Ford felt like she was in a unique position to lend a hand.

She contacted Corbin immediately, drawing on their mutual experience with event planning and organizing tweetups. Since they collectively had a “great network of people on Twitter,” Ford was optimistic that they could quickly do something to help families in need. As she began tweeting about their idea on that fateful Monday evening, she had no idea just what a splash the two were preparing to make.

Ford and Corbin could easily be called social media mavens, as they collectively have more than 1,600 Facebook friends, have posted nearly 20,000 tweets and are followed by more than 3,600 people on Twitter. “The cool thing about Twitter is how it allows you to stay in touch real time during an emergency.” Lori explained. “It was so cool to see how information could spread so quickly.” Ford and Corbin began tweeting under the hashtag of #okdonations, calling for donations of items, volunteers and, perhaps most importantly, a place to put everything that was donated. “The whole thing started on the night of the tornados and by noon the next day, we had secured a warehouse and were on our way,” Corbin recalls.

The pair decided to plan a tweetup the following Thursday, giving people from across the metro area a chance to step up and get involved.

Using their network of connections on Twitter, the event began to fall into place. Tweets about the event and the need for donations quickly circulated on Twitter, gaining steam when Lieutenant Governor Jari Askins retweeted information to her followers.

The tweetup was held on Thursday, May 13, and Cobin and Ford estimate that they had 200 attendees contributing items ranging from clothing to furniture to basic necessities.

“It was totally social media-driven,” Ford explained. “The cool thing about tweetups is meeting people in real life who you only communicate with online. This one was special because it benefited the community.” The tweetup event kicked off the OK Donations Relief Drive, which continued into mid-June with Corbin and Ford working daily at the warehouse receiving and distributing items.

In addition to the Corbin and Ford’s hard work, the relief efforts were buoyed by help they received from friends and supporters. One friend on Twitter allowed them to use his 14,000 square foot warehouse on Northwest 9th Street in downtown Oklahoma City as a repository for donated items. Another friend in the jewelry industry donated a diamond to be raffled at the tweetup, with proceeds benefiting the relief efforts. Food donations for the tweetup came from local restaurants, and retails stores donated the use of shopping carts, clothing racks and tables in the warehouse.

As the relief efforts continued, one of the biggest challenges the pair faced was to recruit the manpower needed to take in and organize all of the donations that were coming in. “It was amazing,” Corbin recalled. “We would put out a call for volunteers on Twitter and people really would show up.” Ford explained that the most compassionate volunteers were often those who had been through Disasters themselves, such as the May 3, 1999 tornado or Hurricane Katrina. “It’s like they are totally empathy-driven,” Ford said. “I really have an idea of how valuable time is now and how crucial it is to get people to help out. To be a successful service project, you have to have a great volunteer force.” Many companies sent employees to volunteer, including Corbin’s employer AT&T and the Oklahoma Employees Credit Union (OECU). In addition to allowing the community to drop off items at any of their locations, OECU also provided employees with the option of volunteering at the warehouse during working hours— while on the clock.

“OECU got involved due to the information on social media,” said Scott Bell, OECU’s Vice President of Operations. “Some of the people affected by the tornado belong to the credit union and we are always looking for ways to be really involved on the ground level. It is what we represent, and we strive to live our core values.”

As the relief efforts continued, the OK Donations warehouse was designated as an official partner of the American Red Cross. “I got a call from the American Red Cross office in Washington, D.C., and I was like ‘Wow, we’re big time!’” Ford recollects. The effort also received media coverage on numerous TV stations and multiple newspapers.

“The hardest thing was getting the word out to the families that needed help to come to the warehouse. We would ask every car that drove up to donate how they had heard about the warehouse,” Ford explains. “Initially, it was ‘Facebook or Twitter,’ then it was ‘on the news,’ and finally ‘my next door neighbor told me’ as word began to spread.” In all, the OK Donations Warehouse helped many families who were affected by the tornado. Corbin recalls that first family to be helped had lost everything in the storm, but fell just outside the boundaries for disaster relief as set by the American Red Cross. “They were able to get furniture and clothing,” Corbin explained. “Something to get them by until they could afford to buy new things.

It was great just to know that someone can be blessed like that.” While the warehouse had a wide range of donated items, including Tvs, stereos and electronics, Ford reports that those were not necessarily the first to go. “People were more concerned about getting things like deodorant,” she said. “It was so incredible to see how gracious the people were that came for help. We would take them by the hand and go through a typical house room-by-room and figure out what they would need.” Items that remained at the end of the OK Donations relief efforts were donated to to non-profit groups that would use—rather than sell—the items, including the Spero Project, Christmas Connection, White Field Boys Home and the YWCA Women’s Shelter.

For their efforts, Corbin and Ford received commendations from Lieutenant Governor Askins. “Looking back, it was very rewarding, but very exhausting for sure,” Corbin chuckles. “For those weeks, every free minute was dedicated to that cause. We just had no idea that it would get so big.”

Both Corbin and Ford report being amazed and humbled by the sheer volume of donations received and by the number of people willing to help. “I’m totally floored by the amount of compassion that Oklahomans have for each other,” Ford said. “Some of the people who came said they had been looking for a place to donate and get involved. People’s hearts were definitely there.”

“Social media was definitely a key part. It’s such a new phenomenon,” muses Corbin. “It was not around when I lost everything [in 1999] and it took two days for me to even know whether I still had a place to live as I waited for news on the TV or radio. Today, the victims of a natural disaster might still have their cell phones and could check their social media and stay informed of opportunities for aid like this one.”

Ford reports that following the relief drive, there was a lot of pride on Twitter and a definite feeling of accomplishment. “This experience was a true test of social media and how it can provide positive results in the community,” Ford summarizes. “Social media helped to bring people together and showed how they can connect by helping out in relief efforts. It keyed into our area’s compassionate spirit and allowed people to make new friends while making an impact by helping others.” “Personally, it helped me to realize that stuff is only stuff—it is the people, the friends, the love that keeps people going,” Ford concludes. “That is the true Oklahoma spirit.”

Brooke Barnett is Assistant Editor of MetroFamily Magazine. She can be reached at brooke@metrofamilymagazine.com. 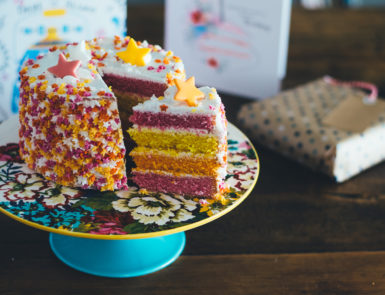