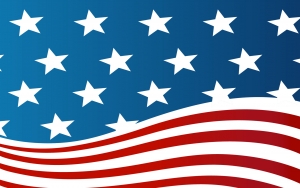 Every four years, the presidential election puts the spotlight on our country’s democratic process in action. It’s also a helpful reminder that, as parents, one of our tasks is to grow our children into caring, informed and active citizens. What a great opportunity for us to explain to our children how our President is elected—and more importantly, why the election process is at the heart of what it means to be an American.

Even at a very young age, children can be taught about American government and election procedures. The key is to make it fun, while drawing parallels with what’s actually going on in the news. It’s also the perfect time to emphasize why exercising your right to vote, as an adult, is so important.

Voting is the ultimate equalizer. Everyone gets one vote, regardless of the job they hold, their connections or the money they have in the bank. Voting is also communicating—it’s one of the most important ways each of us can reach out and communicate with those in power. Voting sends a direct message about what’s important to the voters.

Suzanne McCabe, Editor of Junior Scholastic, has identified other important concepts which all kids can be taught. “Young people should be aware that the President has a profound effect on their lives and their futures,” says McCabe. For example, the President nominates members of the Supreme Court, who make important decisions about everything from the children’s rights and freedoms to video game policies!

McCabe adds that although kids can’t yet vote, parents can establish a voting habit in their kids. “Studies show that children who accompany their parents to the polling place are more likely to vote when they become adults,” says McCabe. Getting kids involved in politics can help them to become more engaged citizens, “which empowers them to help shape the kind of country they want to live in,” she adds.

As we expose our kids to the election process, Dr. Virginia Shiller, a licensed clinical psychologist and lecturer at the Yale Child Study Center, suggests we take a cautious approach. “Children from 3–8 years old will gradually acquire the worldly knowledge and cognitive skills to understand elections. It’s best to avoid exposure to TV shows or heated discussions that could frighten them.” She explains that children have images of good guys and bad guys from fairy tales and movies, and so positioning a candidate as bad may alarm your child (especially if the “bad guy” ends up elected!).

McCabe agrees. “Parents should pay keen attention to what their children are hearing and help them understand the significance… without necessarily going into graphic detail.” As all parents know, there are many lessons to be learned from the mistakes of others. Though sometimes elections, and the negative campaigns and news stories that often result, can seem like reality TV gone bad, McCabe explains that kids can be taught the crucial role that a free press plays in American society. “When they report the news accurately and investigate potential wrongdoing, they do a great service to the nation. Without free press and free elections, government leaders can inflict great harm on their citizens,” McCabe reports.

For very young kids, Shiller explains that it’s all about their little world. “A preschooler's world is very much centered on their home, school and immediate neighborhoods. In any discussion, it’s best to focus on local elections. As children progress to elementary school, they can start to understand that the policies of national leaders can make a difference to this country—and the world.” As parents, it’s up to us to decide how far to take the subject, but getting the conversation started is a positive move.

Dr. Shiller stresses that our most important role as parents is to “model that it’s important to be a good citizen and to vote. Take children to the polls with you, or proudly display your ‘I voted today!’ sticker.”

One of the clearest ways to explain the election process is to recreate it. Lisa Jacobson, founder and CEO of Inspirica (a nationwide tutoring company that “inspires” kids to do better in school) describes how we can convey the power of elections in a fun way. “Create an election for ‘Which is the favorite sport of family and friends?’” Provide kids with a ballot box and a list of sports (use pictures for younger children). Then each child can vote for their favorite sport. Jacobson suggests that children ask their family members and friends to cast votes, which are all counted up at a pre-determined time.

During the last election, my kids were 8 and 10 years old. We made a poster with pictures of both candidates, and every kid who came over got a chance to “vote” by writing their name on lines under each picture. It got my kids interested in the election and forced them to explain the process to their friends. They couldn’t wait to see if the national election would match the results of our kid-election (It did, by the way).

Growing Leaders is an international non-profit, which is dedicated to mentoring American youth to become effective, compassionate leaders. Tim Elmore, Founder and President, encourages all parents to go beyond the “talking” and help their kids get involved in the process. “Children have been told all their life to be environmentally conscious, get involved and make a difference. They are ready and waiting,” says Elmore.

He suggests our kids want action and interaction, not simple talking points from the candidates or from parents. “Write a letter to a congressman, make signs that express their opinions, attend a rally and ultimately, take them to the polls with you on Election Day,” are just a few of Elmore’s ideas. Through it all, he insists, parents must keep an open dialogue with their children, as they will be exposed to a whole host of campaign messages, but they may not be mature enough to process it all—especially the negativity.

Historically, the voter turnout rate in the country has been low; in the 2008 presidential election, only 71 percent of the voting-age population registered to vote—and only 64 percent actually voted. The good news is that, in a 2011 survey (“Teens Speak Up: A National Youth Survey on Civic Engagement and Citizenship” by Boys & Girls Clubs of America in partnership with the Case Foundation and Nickelodeon), 10,000 teens in over 200 communities were asked about voting, education and leadership. A full 80 percent of teens polled agreed that citizens absolutely have a responsibility to vote. They also believe that each and every vote counts.

So I will continue to teach my children about the democratic process of our government and why their right to vote is so important. Then, when the spotlight is again on our country in 2020 and my youngest finds himself voting for the first time, hopefully he will embrace what a privilege and duty it is to have a voice in choosing our leaders.

Read all about it

An outstanding book, especially for very young children, is Max for President, written and illustrated by Jarrett Krosoczka. In this story, Max and Kelly both run for class president. They each create posters, distribute buttons and announce their platforms for a better school. The story demonstrates the campaign and election process with a pleasant resolution at the end. I found it great to read once through, and then go back and draw parallels to the presidential election the kids have been hearing about. The story boiled it down to the essentials that young children should understand, and illustrated the power of the vote, and of the office. Most are available online, at your local bookstore, or better yet, your local library.

Linda Kastiel Kozlowski blogs at www.thewayformoms.com, is the mother of two young boys and votes every chance she gets. 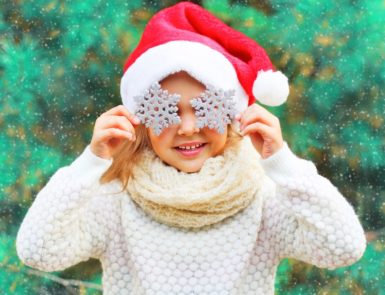 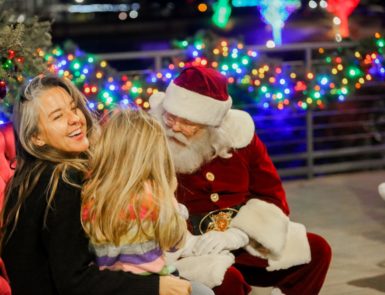