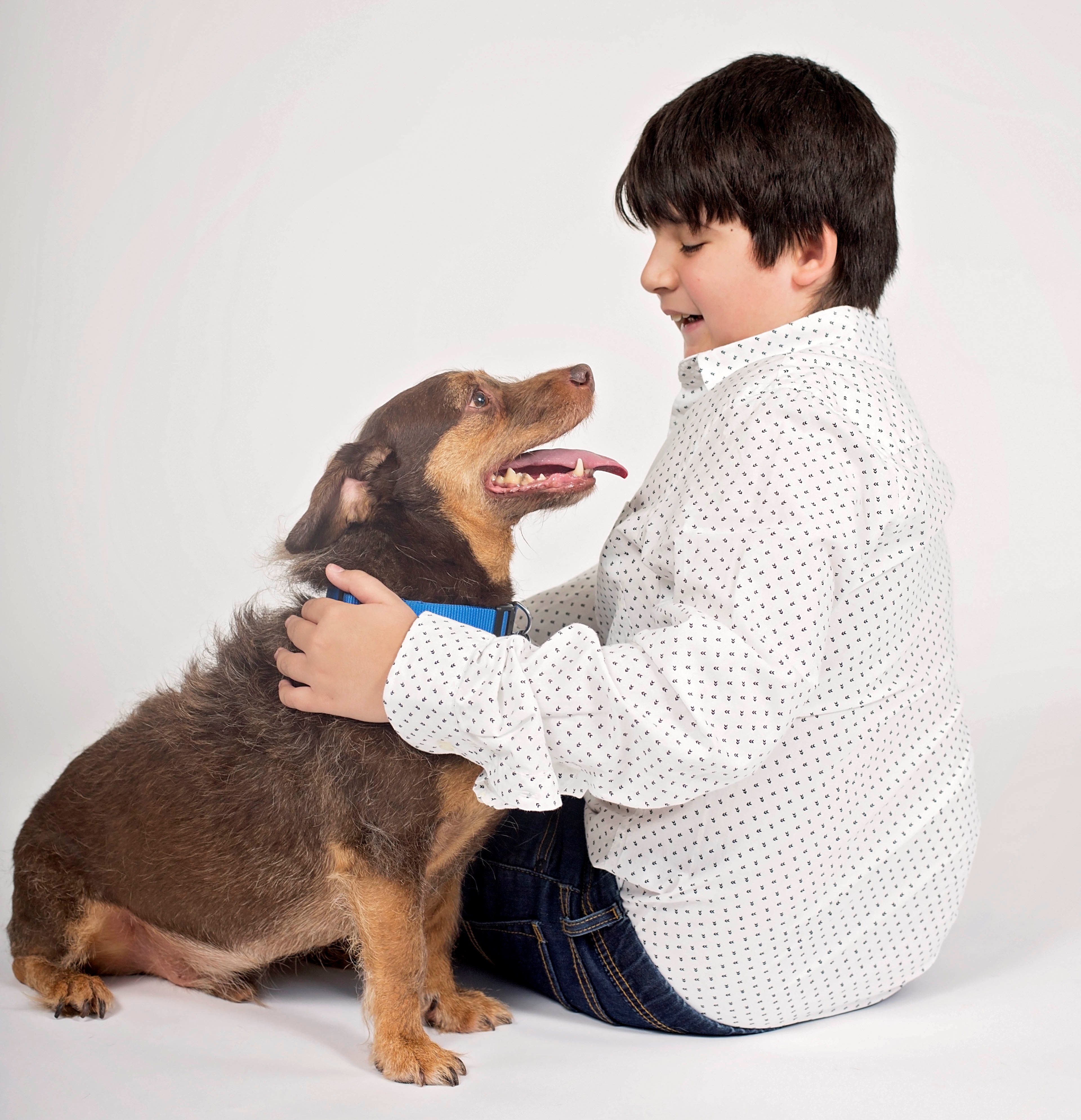 Shirley Manning was at her wit’s end with an 18-month-old who refused to sleep. Baby Joseph, who months before had learned how to escape his crib, would get up at all hours of the night. Manning would often startle awake, hearing Joseph getting in to the fridge or playing with his toys. One night she found him sitting in the kitchen floor covered in tartar sauce. But the breaking point came the night he learned to open the deadbolt on the front door and walked down the street at 2 a.m., thankfully to his grandmother’s house four doors down.

In the midst of the sleeping struggles, Manning and husband Milo had promised older son, Christopher, a dog for his great performance in school. After scouting their local PetSmart during a weekend featuring dogs from local shelters for rescue, the family met Gus. He was a bigger dog than what they’d planned, but the family felt an instant connection and they were told he was a dog who really needed kids. Gus immediately took to all four family members, but no one was prepared for how the dog and Joseph would affect each other.

“Gus started sleeping with Joseph and he never got back up during the night again,” said Manning, incredulous still. “And he started taking full two-hour naps. Wherever Joseph fell asleep, I left him, and Gus was right there.”

The duo used to get in Gus’ dog crate together, the curious boy carefully examining his dog’s teeth, Gus a perfectly willing participant, and Joseph curling up with his toes in Gus’ fur. Gus never wanted Joseph out of his sight. While the dog would start his night in Joseph’s bed, he’d eventually come back to Manning. But if he heard his boy stirring during the night, he’d race back to Joseph’s room.

In addition to his lack of fear and trouble sleeping, and related behavior issues because he was so tired, Joseph began to display other symptoms that concerned his parents. After a series of febrile seizures over about a year, Manning noted Joseph didn’t want to color. Joseph began to have anxiety at school and difficulty processing information. He was diagnosed with Autism Spectrum Disorder, and Manning says Gus always seems to sense how to help Joseph through challenges.

“He gets frustrated, especially when processing information and knowing he’s got something wrong,” said Manning. “Gus knows when he gets frustrated or angry and he gets right there with him. It’s an immediate reaction.”

Even though Joseph is now 10, Gus still whines whenever his boy is out of his sight, particularly if the two are anywhere other than the safety of home, standing at attention until Joseph returns. On a recent trip to the lake, Gus insisted on getting in the water on a float with Joseph.

Manning says Joseph is learning how to better understand and manage his symptoms and frustration as he gets older. Though he no longer relies so heavily on Gus to help him sleep or self regulate, their bond is as strong as ever.

“Joseph is his person,” Manning says of Gus. “It’s just always been that way.”

Editor’s note: Gus, seen on the November 2019 cover, was the winner of our dog cover contest last fall, a contest sponsored by K9 University.