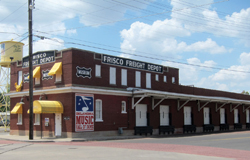 With the recent centennial of Woody Guthrie’s birth, Oklahoma’s amazing contribution to music has once again been brought to the world’s attention. If you have some music lovers in your family, you need to take a trip to the Oklahoma Music Hall of Fame and Museum in Muskogee.

Since 1997, the Oklahoma Music Hall of Fame has been recognizing musicians, songwriters and others in the music industry who have a “solid connection to the state of Oklahoma,” which could mean they were born here, lived here, wrote songs about the state, or have somehow “further[ed] music in the state of Oklahoma.” The museum, located in downtown Muskogee, houses information on and memorabilia from musicians of every musical style imaginable and is also home to a fabulous new children’s exhibit.

When you enter the Oklahoma Music Hall of Fame you will see photos of all of the inductees—79 so far, from Woody Guthrie to Carrie Underwood and many more in between. You may not be familiar with some of these musicians by name, but you’ve likely heard their work over the years as studio musicians or their songs performed by other artists. Of course there are individual musicians and groups in the long list of honorees, but there are also some that came as a surprise to me, such as KVOO, the famous Tulsa radio station, or Cain’s Ballroom, Tulsa’s landmark concert venue.

Writers and educators who have influenced the Oklahoma music scene have also been included. Under each photo is a short biography that explains the inductee’s accomplishments. Though I like to listen to music, I don’t really know much about the history behind it. This part of the museum, along with our guide’s commentary, was such an eye opener for me in terms of Oklahoma’s contribution to some of the most well-known music! If you have anyone in your family who loves to learn about the behind the scenes stories (in our family, that’s my husband), they will love their time here.

Next up on your trip through the museum is the memorabilia room. This area contains just about every type of music souvenir you can imagine, including costumes, instruments, awards and posters. These were all fun to view, even for my young children who didn’t necessarily know much about what they were seeing. If you have time, watch the museum’s video compilation of Oklahoma musicians, both famous and obscure. Also included are portraits of some of the inductees.
The most recent addition to the museum is the children’s area, housed in a refurbished caboose that is attached to the building. Decorated with a Jeremiah the Bullfrog theme (from the Hoyt Axton song, “Joy to the World,” popularized by Three Dog Night), this is a fun area for kids to explore several different aspects of music. Kids can explore the science of music by feeling vibrations or, as my children did many, many times, singing into a microphone and seeing the sound waves on a computer screen. There is a huge display about the different types of music represented by the inductees as well as several interactive exhibits on reading music, rhythm and instrument families. Kids can try their hand at conducting an orchestra—composed of bullfrogs, of course. My 8-year-old and 3-year-old both enjoyed the children’s area immensely and I even learned a few things, too.

If you are visiting the museum with your family, there is no need to call ahead, but if you would like to bring a group, you can arrange a tour with advance notice. The personal tour our guide gave us made for an interesting trip.

When you’re done at the museum, you might want to take the time to go on a musical scavenger hunt. More than 30 giant guitars are scattered throughout Muskogee. These instruments have all been painted by local artists in a variety of themes and are fun to find. You can get a map showing the locations of all the guitars at the museum.

The Oklahoma Music Hall of Fame hosts various events throughout the year, held at the museum or other venues around Muskogee. Each fall, the Hall of Fame has an induction ceremony and concert. This fall, they will also be holding a special opening for the children’s exhibit. Check the website for dates to be announced soon.
Muskogee is only about two hours from Oklahoma City, so this is an easy Saturday trip. From the metro, take I-40 east to US Highway 69 North. This will take you right into Muskogee. Make a right on West Okmulgee Avenue and a right onto South Third Street and look for the yellow water tower. Enjoy your trip!

Jennifer Geary is a homeschooling mom from Broken Arrow, formerly of OKC, who loves to have adventures with her family. Read her blog at www.metrofamilymagazine.com/adventures-in-homeschooling. 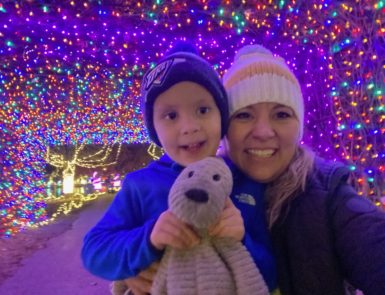 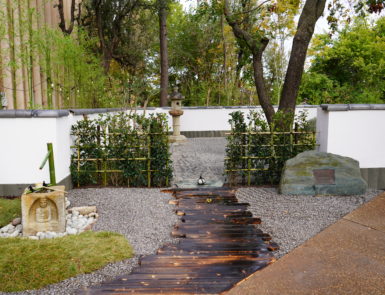 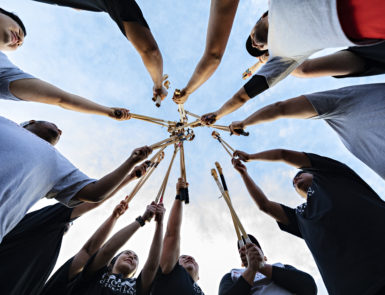