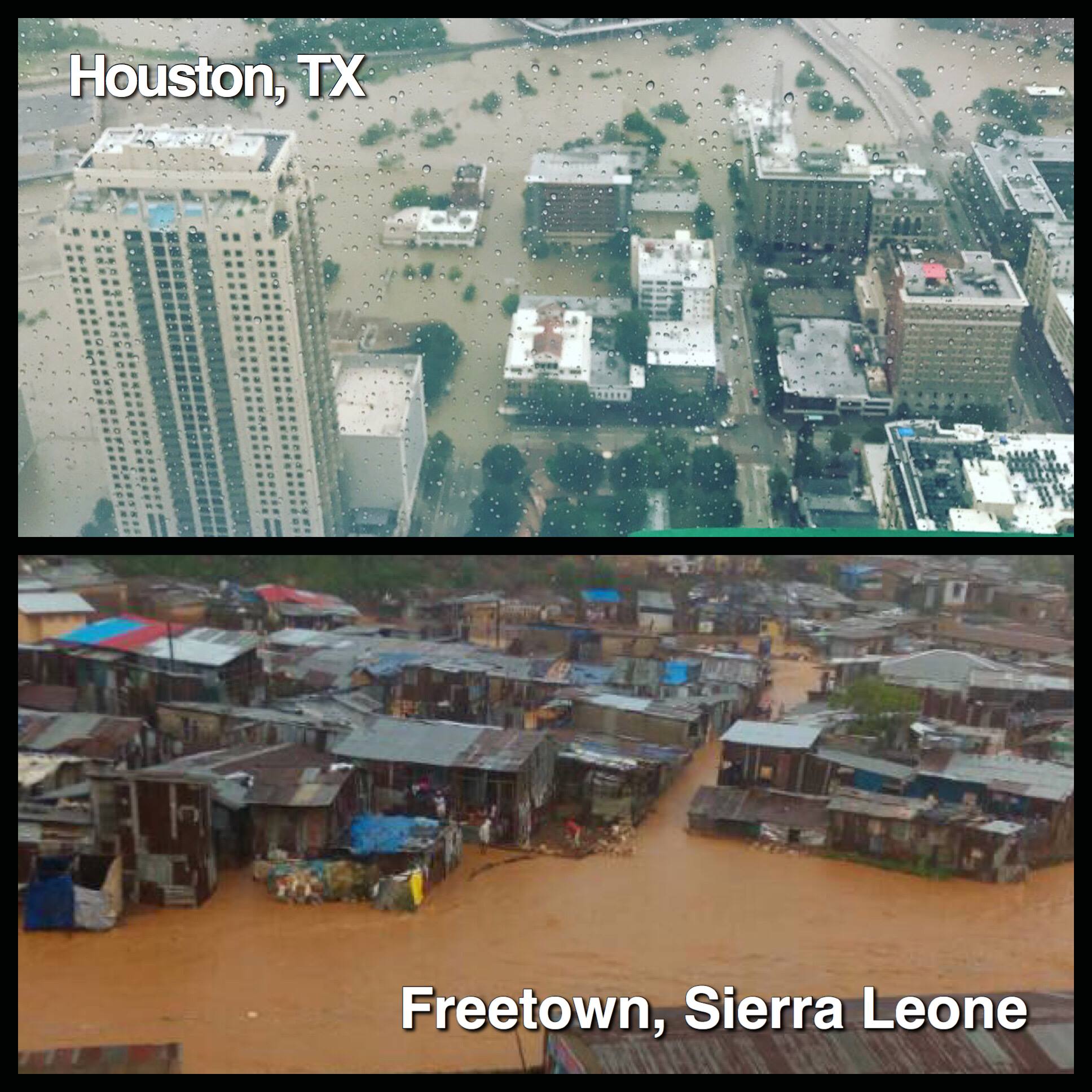 Oklahomans are certainly aware of the devastation Hurricane Harvey recently brought the people of Houston. But they may not know that flooding and mudslides destroyed parts of Sierra Leone on Aug. 14. More than 1,000 people are thought to be dead or missing and it's still raining in Sierra Leone. The country's rainy season lasts through September.

Edmond couple Jerome and Shana Crawford have been missionaries in Sierra Leone for several years. We wrote about them back in 2014 when they were helping with the Ebola crisis. The Crawfords are with Komeo International Ministries and are heading to Sierra Leone on Sept. 7 with 10 tons of food and 10,000 bottles of drinking water.

“Our main focus is to reach out to mudslide affected areas, which include amputee and polio communities," Jerome Crawford said in a press release. "Our goal is to get food and water to those in need and to share the gospel with those who don't know Jesus."

The entire Crawford family of eight lived in Sierra Leone as missionaries and have been part of numerous mission trips there for the last nine years. Together with Komeo they bring food, medical supplies and clothing to New Steps orphanage and surrounding remote villages. Komeo also has a child sponsorship program that provides essentials along with education for some of the orphans.

“The kids at the orphanage have been kept safe from the flooding. However, the biggest risk for them now is illness,” said Komeo President Shana Gibelyou. “The other difficulty they will face in the weeks and months to come is food shortage and skyrocketing food prices. The kids and staff are also grieving the loss of so many lives, including some people they knew from school or the surrounding neighborhoods. It seems like everyone at least knows a few families who were affected.”

“Although, the rain has slowed down and the water has receded some, the government has warned that more mudslides are possible. And without access to clean drinking water, chances of a cholera outbreak increase,” Jerome explained.

Gibelyou added that a group of older kids from the orphanage who love to help others are planning to go with Jerome to distribute the food and water. These are children who were orphaned because of Sierra Leone’s civil war, which ended in 2002 after 11 years and left 50,000 dead, while others were orphaned from the two-year Ebola virus epidemic which ended in 2016 and killed more than 11,000 people. Now they’ll be the ones sharing hope and ministering to those devastated by the flood.

Komeo hopes to raise at least $10,000. Donations can be mailed or given online and more information about sponsorships can found at komeo.org.