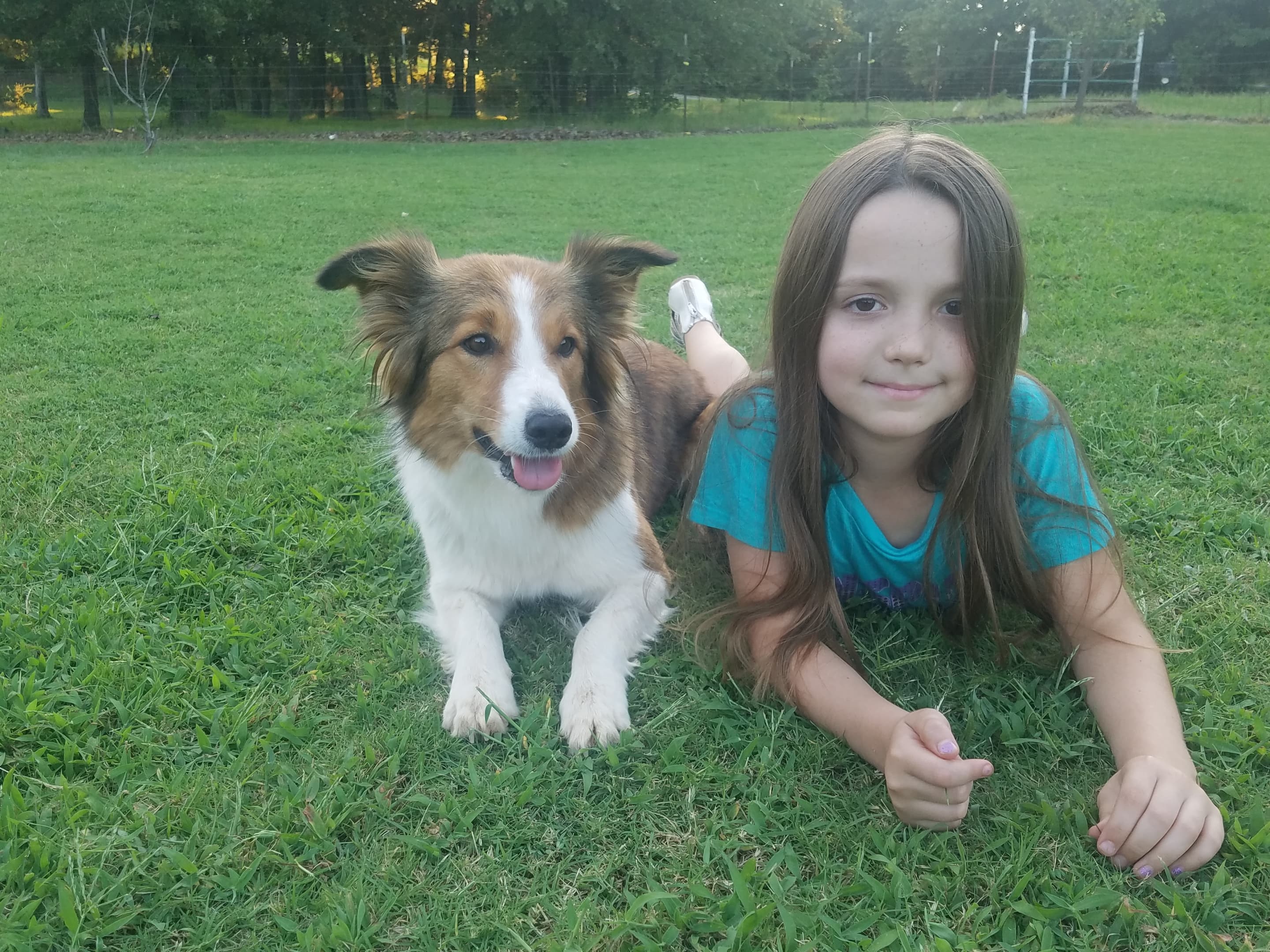 Chloe Bales has been attending dog shows and dog agility training classes since she was in the womb. Mom Stephanie has been training dogs since she was 9 years old and has competed in dog agility shows for 15 years. At the family’s dog training and breeding business, Rock Creek Agility in Harrah, Chloe started “teaching” classes with her mom around age 1. At first, Chloe’s methods primarily included giving the dogs treats, giving simple commands, going through the dog’s agility tunnels herself and playing on the equipment. At age 5 she began showing dogs for fun with her mom’s dog Millie, the pair practicing regularly and memorizing the rules alongside the other students in Stephanie’s classes.

Now an 8-year-old third grader at Clara Reynolds Elementary School, Chloe shows four dogs throughout the state, her youth a rarity and her skill impressive in the world of dog agility. Chloe’s recent performance at a Tulsa dog show garnered the attention of a local news station, and that story prompted a call from the national show "Little Big Shots." Chloe and her dog Primrose got to show off their skills to host Steve Harvey and a national audience in June. Chloe and Stephanie give us a glimpse into the world of the young dog training phenom.

How rare is it for someone Chloe’s age to be training and showing dogs in agility?

Stephanie: Agility is really difficult, even if a dog is trained, and people don’t realize there is so much to it. There are usually 20 obstacles in an upper level course, and you have to do the obstacles a specific way. Remembering the course is difficult, especially for a young kid her age. People get lost in the courses a lot. You can’t have any mistakes in the master level, where Chloe competes, and you place based on your time. When she competes at the novice level, which means with a younger dog, you get more attempts and more leniency. The dog Chloe runs at novice levels is her dog that she trained herself. The youngest kids I’ve seen running agility are 13 or 14 years old; for a long time, I was the youngest. Most trainers are over 40.

How did you find out "Little Big Shots" wanted Chloe on the show?

Stephanie: She was on the news in Tulsa in about March, and "Little Big Shots" contacted me in August because they saw her on the news and wanted to put her on the show. We had to do an application and video and send it in to get approved, which happened pretty quickly. She had to have good grades and send in her report cards, and while we were there she had to have a private teacher so she could keep up with school. We were so excited, but my husband thought it was a scam until we got on the airplane!

How did you decide Primrose was the right dog to take to "Little Big Shots?"

Chloe: She’s my mom’s dog, but I’ve shown her for about a year.

Stephanie: We share her. She’s 3 1/2, where Millie is 9 and had never been on an airplane. Prim was the better option of dogs to take.

What was the best part of being on the show?

What’s the most fun part of agility?

Chloe: Whenever we’re done and the dog jumps up and kisses you on the face!

What are the most important qualities to look for a in a dog to compete in agility?

Stephanie: They have to have drive, be smart, be healthy and be toy or food motivated. And they have to want to do it.

Besides training dogs, what do you like to do in your free time?

Chloe: Running and playing outside. I like to ride horses and play with our animals.

Stephanie: We kind of have a zoo.

What’s your favorite subject in school?

What’s next for Chloe?

Stephanie: The junior world team wants her to try out this year, and I think we’re going to. If she qualifies and makes the team they go to Switzerland [to compete]. It’s kind of like the Olympics of dog sports for kids, 18 and under. Chloe would be one of the youngest worldwide.

What makes you proudest of Chloe?

Stephanie: She’s not afraid to try new things. She’s really smart, does well in school, gets along with other kids … she’s just a good all-around kid.