The music was loud, the mirrors were bright and the pace was fast. So five-year-old Cooper covered his ears and climbed into a costume bin. It was his own safe spectator zone.

Nearby, Cooper’s sister Erin clutched a stick horse and twirled to the merry-go-round dance. This was fun! Joseph and Miranda, also siblings, frolicked to the oompah-pah rhythm. It was the first day of Special Delivery dance class at St. Luke’s United Methodist Church in Oklahoma City. Aptly named Samuel’s Call, St. Luke’s special needs ministry works to affirm that God calls children of all abilities to do God’s work in the world.

Each Saturday, the kids returned with their moms in tow. Joseph and Miranda’s mother, Leah, suspected that the class would be a hit with her kids. “They simply process better when something’s put to music,” she notes.

Seven-year-old Joseph, who has Williams Syndrome (a rare condition causing medical and developmental problems), has progressed by leaps and bounds. “His listening, sequencing, and processing abilities have just taken off,” marvels Leah. “Plus, now he’s the huggiest kid ever, whereas he used to be so rigid. The dance class has really helped him.”

Lessons from the Bin

While Joseph learned through participating, Cooper first learned by observing. “After Cooper escaped to that bin for several weeks in a row,” recalls his mom Rachel, “I wondered if we should keep trying.” But try they did, and by the sixth week Cooper ventured out to do a few dance steps in front of the mirror. Four months later, he was fully participating, and last spring he danced in a class recital. For a child with mild high functioning active but odd autism, Cooper’s progress is a giant step in the right direction. “Now he knows that if he keeps trying, he’s going to get it,” remarks Rachel, who has a suggestion for other parents of special needs children: “Be sure to give it a really, good long try. It’s worth it when your child lights up and then checks to see if you saw them get it right.”

Cooper isn’t the only one lighting up the dance floor. When nineteen-year-old Carrie dances, “she has a beautiful smile that extends across the room,” says her mom Maureen. Watching Carrie leap gracefully during a grand jeté, it’s hard to fathom that she’s dancing with titanium rods in her back. “Fusion surgery helped correct some of Carrie’s double spine curvature,” explains Maureen, “and dance class has improved her coordination and confidence.”

Carrie is in a class for older students; the first 30 minutes is jazz, while the remainder is for tap. The macarena is a favorite among Carrie and her fellow classmates, including Shay, who has Down’s Syndrome. “This kind of class is like therapy to music,” says Merradyth, Shay’s mom. “I can see big improvements in Shay’s coordination and movement.”

“Carrie begins talking about Saturday dance class on Thursday,” says her mom. “It’s become an integral part of her life.” It’s much the same with Shay. “She packs her dance bag the night before,” says Merradyth. As if that weren’t enough proof of enthusiasm, Shay then says, “I’m soooooo excited! I love dance class!”

Life Lessons from the Dance Floor

That love is what keeps these kids coming back. It’s also the reason why Shannon Wrights teaches Carrie, Shay and 100 other students every week. “My heart and passion is to dance,” says Shannon, “but I don’t just teach dance steps. When my students learn to control their body, that self-confidence flows into other areas of their life.”

Shannon knows about self-confidence; after all, she has a degree in Dance Management. In college, she learned to dance by feel, not by sight. You see, Shannon is a dancer who also happens to be legally blind. “I found a private dance teacher who didn’t exclude me because of my vision challenges,” recalls Shannon. “She empowered me to pursue my dream, which is to teach dance to kids and adults, no matter their ability or disability.”

Yet Shannon definitely keeps the focus on ability. “I have a student with cerebral palsy who’s getting out of her wheelchair and doing straight rolls across the gymnastics mat,” Shannon says joyfully. “She tells me she loves coming because it’s so much more fun than therapy.”

It sounds like Shannon’s found a winning combination: a therapeutic activity that doesn’t feel like therapy. The same can also be said about David Owens, the head coach at Empire Elite Cheer in Bethany. “I started cheerleading in high school, and have been doing it ever since,” says David. “During my busy season, I coach 17 squads, with kids aged 3-26.”

So David didn’t really have time to add another squad. But that’s exactly what happened a year ago after he saw an out-of-state special needs team competition. Jennifer Wall also watched that competition, and she teared up when her son Brandon said, “I want to do this. When is it my turn?” Brandon, who has Down’s Syndrome, always cheered from the sidelines as his sister Madison competed with her squad.

Jennifer asked David to coach a special needs team, and the rest is history. History as in the formation of Heart of the Empire, Oklahoma’s first special needs cheerleading squad (four others have since started across the state). History as in the Heart of the Empire becoming NCA National Champions in February of 2009. “I don’t know anything about working with special needs kids,” David admitted from the start. “I’ll treat them like anyone else and have high expectations.” That kind of attitude has grown a team of three to what is now a squad of twenty.

Seventeen-year-old Brandon has a short cameo—some call it a “booty shake”—during the routine, and it invariably brings the house down. Mom Jennifer is rightfully proud, yet she says, “I’m proudest when I see what the whole team has accomplished.”

Seven-year-old Katie feels the same way. “My team needs me,” she tells her mom Casey on the way to practice. Signing up for cheerleading was Casey’s way of encouraging her daughter, who has high functioning autism, to be more social. “She has greater self-confidence now,” says Casey. “And since she’s getting extra sensory input, we’re taking a break from private occupational therapy sessions.” The team performs at about eight competitions during their ten month season. “I not nervous, I not,” says fifteen-year-old Tiffany, who has developmental delays. And why should she be nervous? She’s been waiting for this ever since she saw a cheer group perform a decade ago and announced, “I cheer, I wanna cheer too.”

Watching the cheer routine is mesmerizing. It’s choreographed, but somehow doesn’t seem rehearsed. There are stunts, tumbles, dance moves, and even a pyramid. For parents like Robin, whose twelve-year-old daughter Ieashia has a list of disabilities, seeing is believing. “Cheering makes Ieashia happy,” says Robin. “Special needs chidren are often overlooked, but I don’t want Ieashia to ever be invisible. I want her to try and enjoy new things.”

Six-year-old CoraBeth also loves cheering, even though it means sweating. That’s because Coach David encourages CoraBeth, who has cerebral palsy, to navigate without her walker. “Twice-weekly cheer practice is therapy that doesn’t feel like therapy,” says CoraBeth’s mom. “It’s absolutely priceless what David’s done for CoraBeth. He expects her to succeed.”

“The stunts are my favorite part,” says CoraBeth. “My mom and dad are the most excited ones in the crowd when I’m up on top.” The team has made CoraBeth’s high climb an easy one. No wonder she’s smiling and standing ten
feet tall.

Lori Williams is a freelance writer who lives in Bethany. Her daughter Aurelia loved her time as an Empire Elite cheerleader and a Special Delivery dancer.

Free program on the third Friday of every month for special needs individuals, grades 5 and up. Bethany First Church of the Nazarene; Marcia Adams, Special Needs Coordinator. 405-623-9585; BethanyNaz.org/special-needs-kids.

Miracle League of Edmond
Baseball league for kids and adults with special needs. Games played at the handicapped accessible field at Mitch Park, Edmond. Margo Price, Director; 405-850-7603; $35 in the spring and free in the fall; EdmondMiracleLeague.org.

Free program held the third Saturday of the month from September-May; for children ages 1-12 along with their siblings. St. Luke’s United Methodist Church, OKC; Natalie Roller, Coordinator of Special Needs Ministries. At this time the program is at full capacity; to be put on the waiting list call 405-232-1371; StLukesokc.org/index.php/details/samuels_call_parents_day_out.

IMPORTANT NOTE: If you know of other sports and arts programs that serve special needs kids, please email the details about the program to info@metrofamilymagazine.com and we’ll add it to our online list. 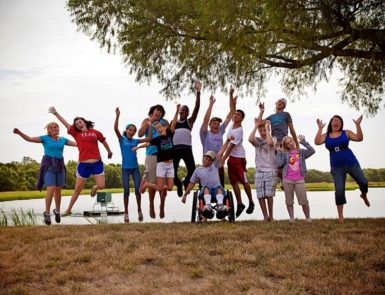 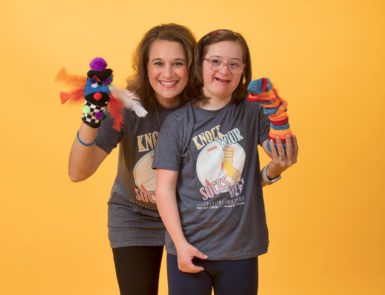 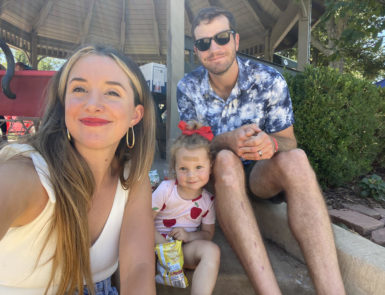