Battle of the Bully - MetroFamily Magazine

From the Simple Steps to Safer Kids Series

Think bullying is a phase most kids will outgrow on their own? Think again. Although many people believe bullying is normal, studies show that’s far from true. The way a child is “wired,” how he is disciplined, and the manner in which his school deals with aggressive, controlling behaviors all play key parts in making or breaking a bully.

Most bullies possess a hostile, sometimes paranoid, view of others. They often see malice and ill will from their peers where none may be intended. They have problems relating to others and, without good social attitudes to help them control their urges, they simply don’t consider anyone else’s feelings. I’ve always thought a bully’s power play was to compensate for a poor self-image. But, psychologists say most bullies have a positive view of themselves. It may be that their poor social skills don’t allow them to see that their peers don’t like them; they just fear them.

Bullying: What’s it About and Where Does it Lead?

Intervention and Education are the Keys

According to principal James Bleecker, just a little intervention resulted in a significant decrease in bullying at Oklahoma City’s St. James Catholic School. “We didn’t have a big problem with it here,” Bleecker says, “but we were already working on resolving this issue when the School Bullying Act was passed.”

Oklahoma’s School Bullying Prevention Act, effective November 1, 2002, seeks “to provide an environment free of unnecessary disruption which is conducive to the learning process by implementing policies for the prevention of harassment, intimidation, and bullying.” It requires schools, public and parochial, to have a formal plan in place.

Bleecker says, “We talk to the kids and the parents about the importance of reporting problems to a teacher or to another trustworthy adult at school. Our teachers know that the most effective time to intervene is the first time the bullying behavior takes place. All of our teachers have attended a workshop on bullying and we’ve educated the students about the problem. We all know that the key to resolving the issue is education—not punishment. This year, we’ve had almost no problems in this area.”

Clearly, communication is critical to resolving the painful issue of bullying. The behavior doesn’t begin in a vacuum and it won’t end without action. Develop a no-tolerance rule for bullying in your home and talk to your child’s school. They should be doing the same in their environment. 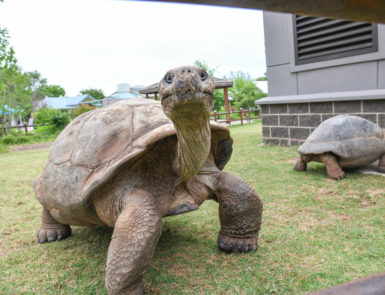