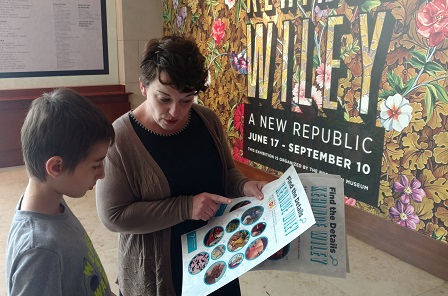 Oklahoma City family fun can be more than just a day of fun.

Sometimes, it leads to important conversations and statements of belief.

The Kehinde Wiley exhibition at the Oklahoma City Museum of Art is worth taking children to see. It is, in fact, the art exhibition my family has most enjoyed, ever, and that's a lot for us to say, since seeing art is something we do often and intentionally. Here's why: the images displayed are culturally relevant, especially for kids.

Free Discovery Packs are available on-site at the Museum for kids, backpacks with sketch pads and hands-on activities.

Admission is also free every weekend in July for kids 17 and under. 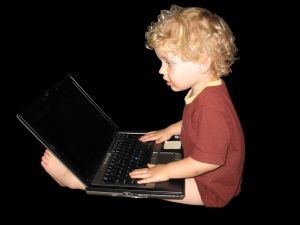 What I love about this exhibition is its modernity and the skill on display that underscores broader topics. There is artistic merit in all kinds of art, from quilts and sacred texts to historic portraiture my kids can't yet identify, saints and kings from long ago. The collection is an important social statement; even if you choose not to focus on that at all, though, the art is inspiring to look at for art's sake, bright and detailed.

I don't know how a family could see this exhibition and not have some follow-up conversations about people of color, their role in art, history and society and why we don't see more portraits that feature people who look like the ones depicted. Those topics are themes you can interpret, but they don't eclipse the wonder you feel looking at someone's life work. Art for art's sake is a valid reason to visit too.

"A picture is worth a thousand words" isn't a cliché I mention lightly or really use at all in my writing; in fact, that phrase is on my list of cringe-worthy phrases to avoid but I see its relevance here. It just hasn't been my life experience; I've always found words to be more precise than images. These images, though, with their captured human expressions, speak volumes. 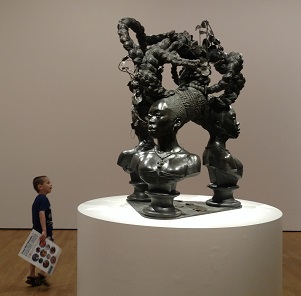 Big questions permeate the Kehinde Wiley exhibition and I have no doubt adults are conscious of those topics as they enter the Oklahoma City Museum of Art's doors. Kids, though, see everything in a much less complicated way. What they interpret is ours to help shape; my youngest child has a t-shirt that says "The surest way to guess the future is to create it."

Isaac will be in kindergarten next year. His school motto is the Golden Rule and I can fill in the details about groups of people left out of history on purpose, cite examples of inclusiveness, play Macklemore songs that talk about how we oppress ourselves when we oppress others, talk about Chance the Rapper's donations to the public schools of Chicago. That's all great in theory. What he takes away, though, is difficult to measure. 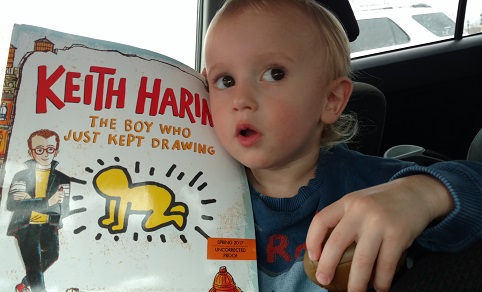 When a museum staffer talked to Isaac about the art we would see, he proudly declared "I know about one artist: Keith Haring." And that's true, he does. We've read the new Kay Haring children's book "The Boy Who Just Kept Drawing" a million times by now. Dali and Kahlo are household names here but Isaac comes back to Keith Haring. I don't know why the pencil drawings and eclectic patterns speak to him but they do.

Because of the Keith Haring book, we've talked about HIV/AIDS. It wasn't an easy conversation and it was really kind of difficult to keep child-appropriate.  Race, religion, politics and art are heady subjects; explaining them weighs on me as a parent.

A lot will be said about the exhibition's meanings and its significance in cities across the U.S. but I can only speak for my own quietly bi-cultural, bi-racial household. I'd be the first to hold up my hand and say it's hard to know what to say to my three kids about white privilege, sexism and cultural appropriation. They're just not scheduled sit-down topics to tick off a list like other must-have conversations. It was difficult to wrangle my thoughts for this post about women in science last week, for example. 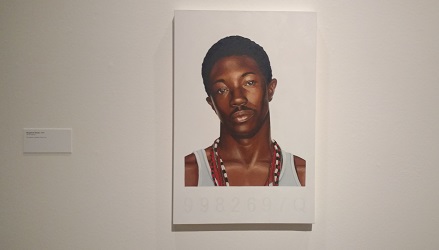 There are ways to talk about issues that are headscratchers even for adults but it's hard to just launch into a complex topic on an ordinary Wednesday. Kehinde Wiley's work is a lead-in; it brought up questions like "Why is this the first time I see black people painted like the heroes?" from Sam, my fifth grader, and "Why aren't there more women in these paintings?"

The painting on the right is entitled "Mugshot Study." My sons didn't know that word; the young man pictured in it isn't that much older than Sam.

My children smiled up at faces that are not the same color as theirs but whose clothes and expressions were contemporary, more approachable than other museum works.  We're all just people. 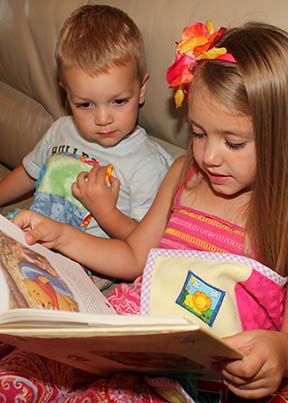 I've read some criticism of Kehinde Wiley that says his portrayal of only people of color puts them on display in an unnatural way, invites us to gawk, separates instead of integrates. I'm just glad these figures are represented in art at all because, really, I've seen a lot of it but nothing like this.

Letting my sons come to their own conclusions and admitting I have more questions than answers is part of the process. Rather than a singular answer, I hope they learn from how we're living.

Our sheltered life in the suburbs may not seem like a platform from which to make broad observations but they don't have to go very far to find an application. Social problems are here too. After the museum,we went to eat at Café Kacao, a nearby restaurant. Our server told us at the end of the meal about his family left behind in Venezuela, the human face of the headlines I had read aloud over breakfast that morning. 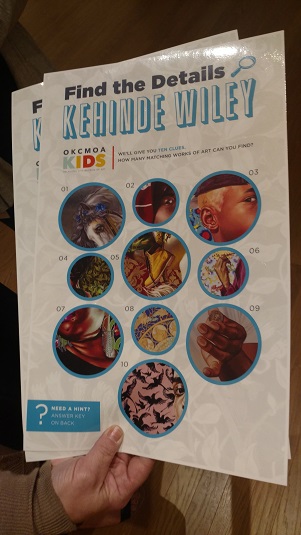 "His parents are starving," Sam announced plainly when we got to the car. "There's no food to buy, the man said."

I think all of us cried on the drive home. We tried to explain politics and what words like "inflation," "shortage," "dictatorship" and "coup d'etat." 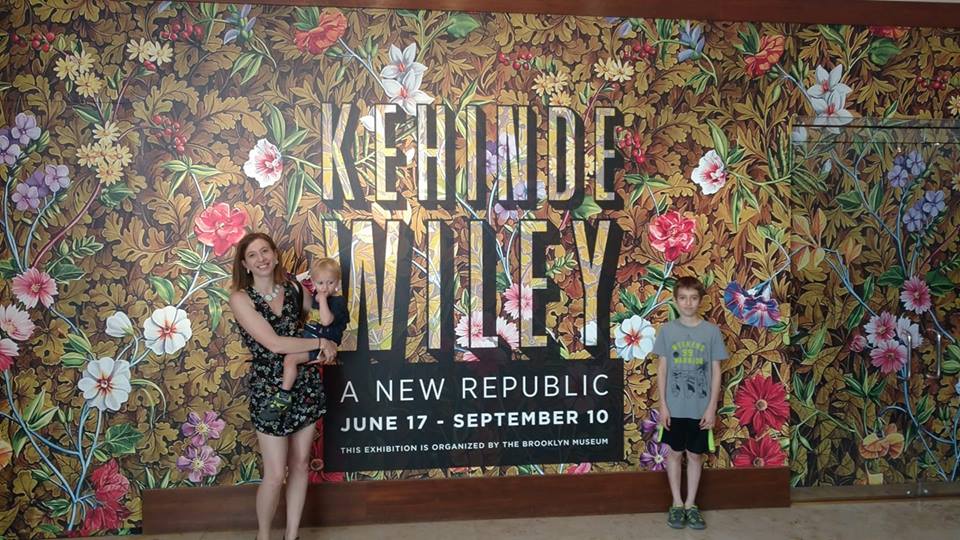 My husband isn't Venezuelan but there is a tendency to have more empathy when you can understand one another. "You'll get called the same names," he explained to my sons. "Know what's happening in the continent because you're going to get questions about it sooner or later."

Stereotypes, guilt by association and others' expectations are concepts we also struggle to explain.

Art helps. Meeting people too. The community is what what we make it, or can be.

No matter what you take away from the Kehinde Wiley exhibition and the answers that fit your household's worldview, make an afternoon of it. Let kids see their city, the art it hosts and people beyond your front door.

You won't be disappointed.