A Day in the Life of a "Wicked" Performer - MetroFamily Magazine 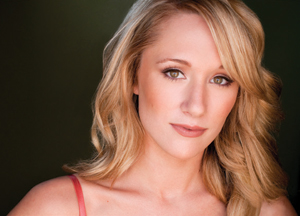 Wicked will be flying back to Oklahoma City September 4th-22nd, with a native Oklahoman as part of the cast. Jillian Kates (ensemble and understudy to Glinda and Nessarose) has been a member of the traveling cast for nearly two years and is ecstatic to be returning to her hometown for performances at the Civic Center Music Hall. MetroFamily had the pleasure to speak with Jillian and learn how her background in the arts in Oklahoma helped her land a part in this Grammy and Tony award-winning show.

MFM: You are from Oklahoma City. How did your experience performing with local theater companies such as Lyric Theatre groom you for what you are doing now?
JK: I feel like it was all building blocks. Without Lyric (Theatre) I wouldn’t have gotten into the school I got into. From there I got the exposure I needed to get this job. It all led to this and Lyric and Oklahoma were a big step in that.

MFM: Has performing been a lifelong passion?
JK: Yes, it never was a question for me. I started really young. My mom would walk us down to Jewelbox Theater for the summer shows. From what she tells me after the shows I would run up on stage and she couldn’t get me down. It’s always been in me. Oklahoma was the perfect place for me to nurture that passion.

MFM: What role did your family take in your dream of being a performer? How did they support you?
JK: Beyond my training, I would say that my family supporting me and providing for those lessons is really the foundation to my career. My parents were so supportive and even before I could articulate what I wanted, my mom could see that I had this love and passion from an early age. She found out what we needed to do and got me into voice class and then into dance. When it was time for high school, she knew about Classen (School of Advanced Studies) and I auditioned for that—check. Then, she found (Lyric Theatre’s Thelma Gaylord) Academy and I auditioned for that—check. I really credit them for everything because if I didn’t have this training I wouldn’t have much of anything. I appreciate them so much for that. They wanted me to be happy and I think that’s the best thing you can do for a kid.

MFM: The arts are really strong in Oklahoma City and the metro area—if only the rest of the country knew that.
JK: Agreed! Honestly, I think that people are starting to catch on a little more. There are so many students that I grew up with that are now doing musical theatre in New York City. The director from my school in Cleveland has accepted a lot of Oklahoma students and knows that there is something in the water here. Itʼs amazing how many performers come from Oklahoma City.

MFM: Let's switch gears and talk about what it's like to be a cast member. You perform night after night, day after day and have been keeping a demanding schedule for a year and a half. How do you keep your motivation going?
JK: Yes, it is really demanding and Monday is our one day off to relax. For example, we have rehearsal before the show until 5:00 so it can be intense. But then I look around me and see everybody dressed up in their costume and it's so cool. There are some days that are harder than others when you have to muscle through and do your job, but most of the time it feels like a dream to me. Often I stand backstage and look around and say to myself, Wow, I'm in Wicked!

MFM: When you first started with the tour was it difficult to get used to the demand of the schedule? How did you adjust?
JK: It actually wasn't that hard. You just fall into it. Of all the shows to do 8 times a week, Wicked is a great show for the performer because you have just enough dancing and just enough breaks to be backstage. We have some members of our company who have been doing it for 8 years. It would have to be another really special show for somebody to be in it for that long and continue to get out there and love it.

MFM: Was there anything that came as a surprise when you first started with the tour?
JK: I don't think I realized that I wouldn't get to see my family and friends or not have a life outside of tour. Once you are on tour, these people are your family and they are all you have. That can be tough especially since I've been blessed to have a group of amazing, life long best friends. I didn't realize how much it would affect me not getting to see them or my family as much as I would like. It was also a really good growing experience for me as a person. I had to be tough and make the most of who I was with.

In addition to the Wicked performances, Jillian and other cast members will star in a special performance of Witches Night Off on September 9th in the Freede Little Theatre at the Civic Center Music Hall. Produced by Wicked company members, the evening features some of their favorite material. Net proceeds benefit Broadway Cares/Equity Fights AIDS, Central Oklahoma Habitat for Humanity and Oklahoma City Repertory Theatre. Tickets begin at $35 and admission donations are tax-deductible. Tickets are available by calling 405-297-2264 or at www.myticketoffice.com. For information about Wicked, visit www.celebrityattractions.com.

For more from Stephanie, visit her blog at www.hugskissesandsnot.com.